Too Much Oil In a Car: Symptoms & What To Do

Too much of a good thing can sometimes turn out to be a really bad thing. For instance, a car cannot run without oil, but adding too much oil to a car can have disastrous effects. In fact, adding excessive amounts of fuel additives, fuel stabilizers or any other type of car fluid to your car can have equally negative consequences.

Too much oil in a car can cause some of the car’s vital parts to malfunction and it can cost you a lot to repair these damages.

That is why it is so important to detect the first signs of oil overfill early and take the necessary steps to resolve this problem. So, in this article, we are going to show you how to detect symptoms of oil overfill and what to do once you’ve identified the problem.

Adding the right amount of oil to a car’s engine

Owners of vehicles that run on eight-cylinder engines are going to need anywhere between 1.3 and 2 gallons of oil, depending on the size of the engine. Exceeding a vehicle’s fill line by a few millimeters won’t hamper its performance, but repeatedly exceeding the fill line by a few inches might cause significant damage to different car parts.

How to tell if you added too much oil to your car?

The first symptoms of oil overfill will manifest soon after an oil change, which is why it is important to monitor your car’s behavior a few days after. The easiest way to check if there is too much oil in your engine is to take out the dipstick and search for the fill line. If you cannot see it that means that there is too much oil in your car. Here are some of the most common symptoms of oil overfill:

Driving your car with too much oil is going to cause the oil to transform into a frothy foam that cannot provide sufficient lubrication to the engine’s moving parts. As a result, you will notice one or more of the following symptoms:

Overfilling the engine with oil isn’t the sole reason why any of these issues might occur, and you must perform additional checks in order to rule out other potential sources of these engine problems. For most car owners the safest option is to contact their mechanic as soon as any of these symptoms occur because that is the best way to avoid causing additional damage to their vehicle.

Trending:
6 Symptoms of a Bad Alternator

The smell of burning oil

In case you sense the stench of burning oil in the engine compartment or in the rear section of the exhaust pipe you should check the car’s oil level immediately.

Seeing blue smoke coming out of the car’s engine or the tailpipe is yet another indicator that you have too much oil in your car. The oil burns as it gets in contact with heated car parts which in turn produces the distinctive blue smoke.

You should avoid driving your car if you notice this type of smoke coming out of the engine or the exhaust system since you can cause additional damage to the vehicle.

Adding too much oil to the engine can cause the oil to leak while the engine is running, however, oil leaks can also occur when you’re not using your car.

The consequences of adding too much oil to a car

Neglecting the symptoms of oil overfill and continuing to use your car as you normally would is going to cause long term damage that can be difficult or impossible to repair.

The chances that you will encounter one or more of the consequences of adding too much oil to your car are going to increase if you go over the fil line on more than just one occasion. Here’s what can happen if you add too much oil to a car:

This is by far the worst possible outcome of driving a car with too much car oil, although it is far from impossible. As you continue to use your car oil will turn into foam, which in turn will cause damage to different car parts and eventually cause the engine to stop running entirely.

The oil that turns into foam contains high levels of air which can cause the rods and pipes to bend and even collapse. In addition, the car’s engine will have to work harder which will cause it to wear down more quickly.

Malfunctioning spark plugs can increase your car’s fuel consumption or hamper the engine’s acceleration capabilities. That’s why it is so important that spark plugs are always in good condition.

An oil leak can dirty up spark plugs to the point where your only option is to replace them. Follow this link if you want to learn how to clean spark plugs.

As a result, the engine will not be able to operate normally, and it may even break down entirely. This part of the engine isn’t easy to replace and the reparation can be costly, so you must do everything in your power to avoid clogging the catalytic converter.

The oil that turned to foam cannot disperse heat efficiently, which makes your car more prone to overheating.In addition, debris and sediments are going to build up in the engine and clog some of the car’s most important parts.

The problems resulting from oil overfill can be resolved relatively quickly if the issue is detected in time. However, you should only attempt to fix this problem on your own if you know exactly what you are doing.

Keep in mind that not having enough oil in a car is just as bad as having too much of it, so if you decide to remove the oil by yourself you should pay close attention to how much oil is left in the engine.

Remove the excess oil with an oil extractor pump

Car owners that have well-equipped garages can use oil extractor pumps to reduce the oil level back to normal.Besides an oil extractor pump, you’re also going to need a container to which the excess oil is going to be drained, a pair of gloves and an old towel.

Make sure that your engine is cold and pop the car’s hood open. Take the dipstick out and place it on the towel to avoid staining the surface on which it is placed.Use the manufacturer’s manual to set up the oil extractor pump and then connect it to a power source. Put the extraction tube into the dipstick tube and ensure that the drainage container is positioned correctly in order to avoid spillage.

Switch on the oil extractor pump and monitor the drainage container closely so that you can keep track of how much fluid you’ve removed.Use the dipstick to check the oil level from time to time and switch off the oil extractor pump after it has reached the recommended level. Hopefully, your car will continue working normally once you’ve removed the excess oil, although this depends on how affected other car parts were by this issue.

Trending:
How to Remove Stickers from Windshield

This method is a bit more complicated, as you have to get under your car in order to reach the oil plug. So, before you get started you’re going to need a car jack and car jack stands, a wrench that matches your car’s oil plug and a drainage container.

Wearing a pair of gloves and glasses is going to provide protection against scalding your skin with warm oil.  Once you jacked up your car and secured its position with jack stands, you should place the drainage container beneath the oil plug.

You should then use the wrench to loosen the oil plug so that the fluid can flow out of the vehicle slowly. Don’t remove the oil plug entirely, because if you do so you will remove all oil from your car.

Keep your eye on the amount of fluid in the drainage container, and tighten the oil plug once a sufficient amount of fluid has been removed. You should also use the dipstick to check if the oil level is above or below the fill line. In case the oil level is still above the fill line you should loosen the oil plug again and slowly drain oil until you remove all excess oil from your vehicle.

Trending:
How to Prep a Car for Paint?

You should keep in mind that draining oil from a car using either of these two methods can only produce results if you detected the oil overfill issue early. However, you won’t solve your problem if excess oil has already caused damage to the car’s engine and other car parts.

Contacting your mechanic may be the best solution if you don’t have an oil extractor pump or you simply don’t want to drain oil on your own.Moreover, seeking help from a professional is advisable if you are not absolutely sure that oil overfill is the cause of the problem you’ve encountered.

How often should I change the oil in my car?

Although the answer to this question varies from one car model to another, you shouldn’t drive your car for more than 10.000 miles without an oil change.

Can I drive my car if I added too much oil?

Yes, you can, but keep in mind that the chances of causing significant damage to your vehicle increase if you are using it frequently after an oil overfill.

How much oil should I add to my car?

Check the manufacturer’s recommendations before replacing oil. That is the best way to avoid pouring too much oil into your car.

Trending:
How To Fix Major Rust On A Car

How soon can I detect the symptoms if I add too much oil to a car?

Some symptoms like blue smoke coming out of the engine can be noticed soon after an oil overfill while others like oil leaks or poor engine performance can take a few days to manifest.

Too much oil in a car can cause a myriad of problems that are going to limit your car’s performance. Following the manufacturer’s oil change guidelines is probably the best way to keep your vehicle in good condition and avoid further complications.

So, all you have to do is find out the exact amount of oil your car needs before the next oil change and you should be good to go. Did you find this article helpful? Leave a comment and share your oil overfill experiences with us.

Other
How Can I Boost My Car Battery?
21
Popular Posts 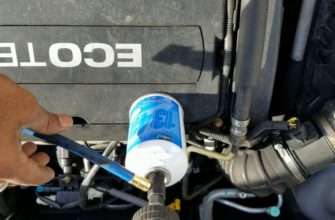 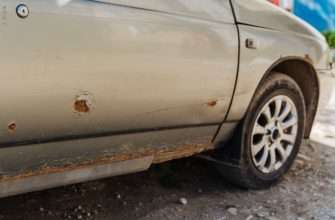 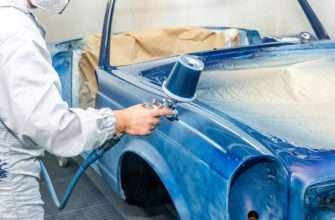 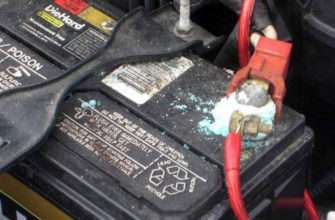 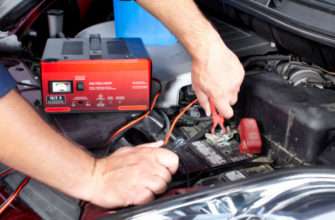 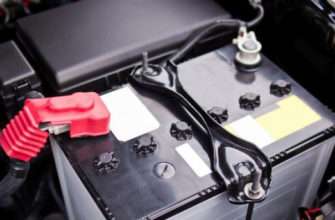 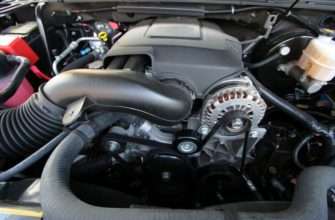 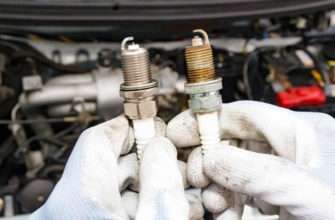 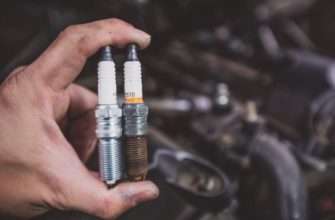 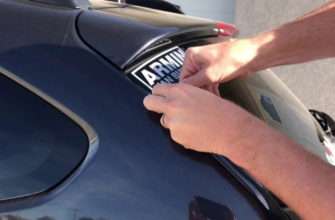 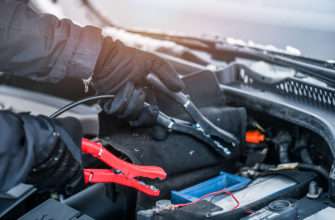